Hierarchies in Taxonomies, Thesauri, Ontologies, and Beyond

Hierarchies are a defining feature of taxonomies, and they are also characteristic of other controlled vocabularies or knowledge organization systems, such as classification schemes, thesauri, and ontologies. The problem is that the definitions and rules for hierarchies vary depending on the kind of knowledge organization system, so you cannot assume that a hierarchy in one system converts to a hierarchy in another system. 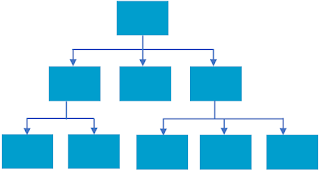 “Hierarchy” can have various types and uses. Not all kinds of hierarchies are reflected in even in taxonomies, which tend to be quite flexible. The rules are stricter when it comes to thesauri. Finally, in ontologies, there is only one kind of hierarchy.

The hierarchies permitted in thesauri are specified in the ANSI/NISO Z39.19 and ISO 25964-1 standards, as a reciprocal inverse relationship pair of Broader term (BT) / Narrower term (NT). There are three kinds specified in these standards:

As for classification schemes, despite their name, they do not always conform to class-subclass (as "is a kind of") conventions. For example, in the Dewey Decimal Classification system, 910 Geography & travel comes under 900 History. But geography and travel are not kinds of/sub-categories of history. Classification schemes may have a tendency to force a hierarchy when it’s not really an accepted taxonomic hierarchy.

Finally, in ontologies, hierarchies may be of less significance, but they are still a feature. While relations between concepts/entities are “semantic,” with specific descriptive labels, and thus are not necessarily hierarchical, there are may be hierarchical relations between classes, when designating subclasses of classes. However, the kind of hierarchical relationship that is created between ontology classes and subclasses is limited strictly to the generic-specific type, for “is a kind of.”

These distinctions in hierarchies have ramifications if you want to combine, import, or convert one knowledge organization system to another. When converting a thesaurus to a taxonomy, it is possible that some of the associative relationships could be accepted as hierarchical. When converting a taxonomy to a thesaurus, existing hierarchical relationships should be reviewed to see if any should be converted to associative.

Converting a taxonomy or thesaurus to an ontology would require identifying and remove whole-part hierarchical relationships (and adding new broader concept relations to the orphaned concepts) and converting generic-instance hierarchical relationships to class-individual relationships rather than class-subclass. In fact, this may involve so much effort, which cannot be automated, that the better approach to converting a taxonomy to an ontology is probably to apply a more generic ontology as a layer to the existing taxonomy/thesaurus, which some software tools, such as PoolParty, support. Extending a taxonomy into an ontology is the subject of my next conference presentation “Ontology Design by Enriching Taxonomies” at the Data-Centric Architecture Forum on February 3.

Posted by Heather Hedden at 5:36 PM